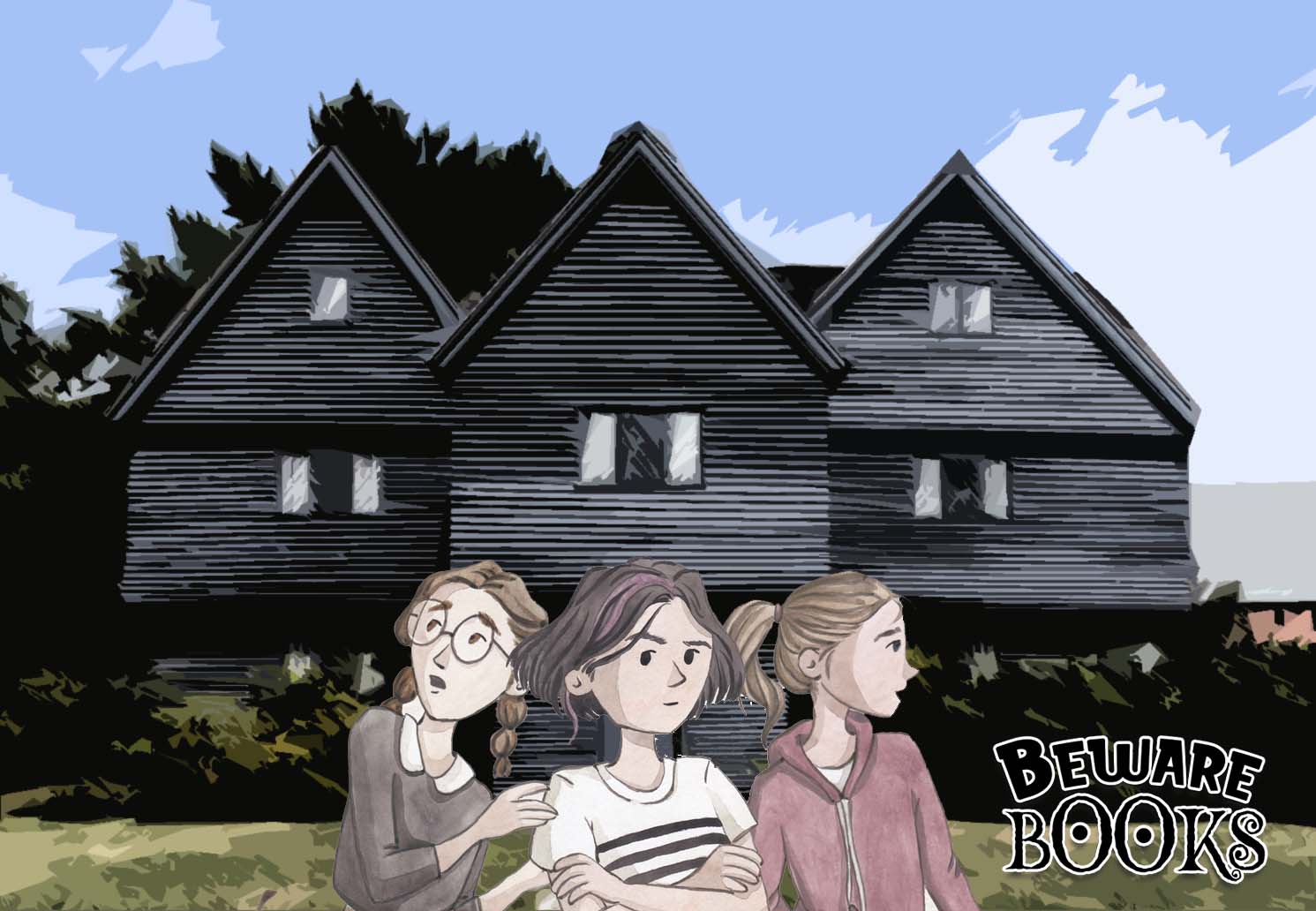 The Beware book series follows 9-year-old Rainy Day and her friends through their adventures in the spooky, small town of Danvers, Massachusettes.

Although it was already inhabited by Native Americans, the 14 square-mile town (now known as Danvers) was settled in 1636 by English Colonists. It was originally the little brother of the two metropolitan cities in the area – Salem and Boston. It was known as “Salem Village”.

What does “Salem” make you think of? Unless you’re a massive Sabrina the Teenage Witch fan, (where Salem was her wise-talking black cat) you probably think of the Salem Witch Trials. In 1692, a Danvers resident by the name of Rebecca Nurse was put on trial and convicted of witchcraft. This doesn’t mean she was actually a witch, as the trials usually consisted of people screaming something like, “She’s a witch! She turned me into a frog!” The potential witch would reply, “No I didn’t! You’re clearly still human.” The judge would reply, “That sounds exactly like something a witch would say.” And the potential witch would be hung. Unfortunately, more than 200 people were accused, and 19 innocent people were hung due to this mass hysteria before the trials officially ended over a year later in 1693.

In 1775, Salem Village was officially renamed Danvers, after the Danvers-Osborne family, a wealthy family of New York. Danvers has a few interesting footprints in the American Revolution. Governor General Thomas Gage (a noted double-crosser Benedict Arnold) temporarily stayed in the town during the early days of the American Revolution. Israel Putnam, who was a colorful figure who fought for America at Bunker Hill, was born in Danvers, where he cultivated a successful farm.

In the mid-19th century, Danvers started to grow. First, a street railway, which was basically a horse-drawn bus, was installed in 1847. This drew more residents in, and in 1855 the Town Hall that still stands today was built. As Danvers grew, so did the reputation of the Danvers Onion and Danvers Half-Long Carrot, two popular vegetables from the region. Once the town of Danvers grew too large, a portion of it broke away and formed the neighboring town of Peabody.

In 1878, the Danvers State Hospital first opened its doors. This was a mental asylum, and it treated patients until 1992, when it finally closed. It continued to creep out local kids until 2006 when it was finally demolished. It was one of the first mental health facilities in America.

Despite their gruesome history, witches have become a classic staple of Halloween. Books like Harry Potter, and movies like Hocus Pocus, have thrilled fans everywhere with fun witch characters.

Since the turn of the century, Danvers has continued to grow to a respectable size of roughly 28,000 people. Found just northeast of Boston, it has restored many historic sites, including colonial homes, and the home of Rebecca Nurse.